Save 10% on Your First Purchase! Start Here 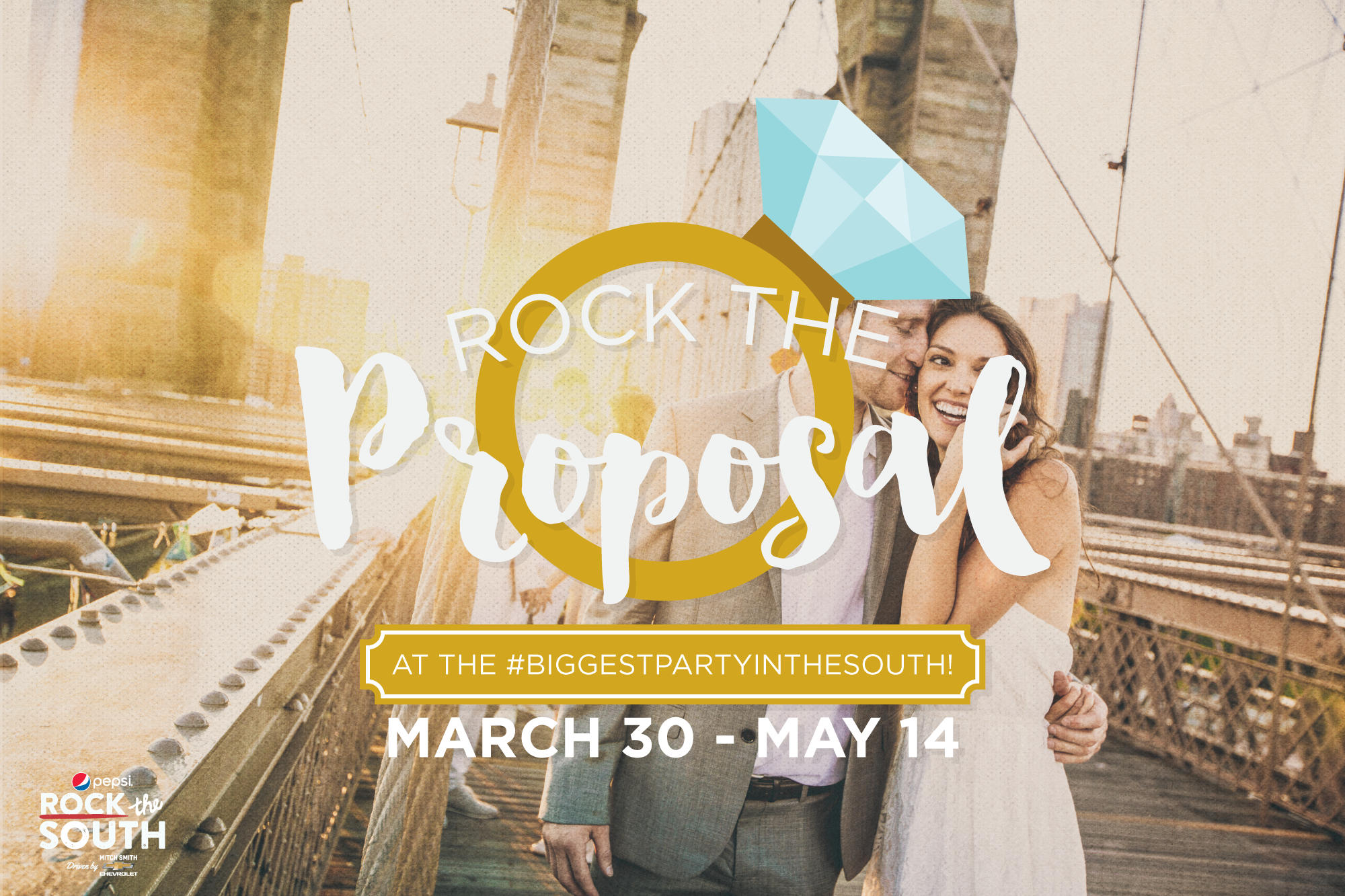 Originally intended to be a one-year celebration of recovery from the April 27th tornadoes that rocked Cullman and the state of Alabama, Rock the South has continued to expand to become a massive celebration of Cullman, AL and what the community has to offer. Since the first Rock the South in 2012, the festival has continued to be an important community partner giving back over $400,000 to local charities including The Link, Alabama Forever, Children’s Hospital of Alabama and many more. The 2017 dates for Rock The South are June 2nd & 3rd, 2017 in Cullman, AL.

Grogan Jewelers by Lon is dedicated to supporting the communities that make us great, and what better way than to support a great cause like Rock The South. So, we've partnered with our friends at Rock The South to create the Rock The Proposal Giveaway (terms and conditions apply). If you purchase an engagement ring from any one of Grogan's three locations between March 30th and May 14th, 2017 then you'll automatically be entered into a drawing for tickets to Rock The South. Artists such as Luke Bryan, Brett Eldredge, Dustin Lynch, Maren Morris and more will be performing... and you'll also get the chance to have your proposal ON STAGE the night Sam Hunt performs with a meet and greet with Sam afterwards. So come on guys, what better way to make that moment special than by doing it in front of thousands of people, some of country music's hottest acts and immortalized in history forever!

Rock The South has been a staple of coutnry music since it's inception with performances by stars such as Dierks Bentley, Florida-Georgia Line, Thomas Rhett, Brantley Gilbert, Lynyrd Skynyrd, Little Big Town, Alan Jackson, Tyler Farr, Travis Tritt and many more. What better way to make that moment special than by selecting one of the hottest engagement ring designs from Grogan Jewelers by Lon, seeing the hottest country acts perform and making a memory that will last a lifetime.

Rock the South and Grogan Jewelers will always be about southern culture, family and giving back and that will never change. So don't miss our largest Bridal Event of the Year, happening March 30th - April 2nd where you can get special pricing and a ton of other perks. This event falls within the Rock The Proposal Promtion, so any purchases made at this event will also count towards Rock The Proposal.

Rock The South and Rock The Proposal with Grogan Jewelers by Lon. The Official Jewelery Store of Engagements.

Are you hoping to propose to the love of your life? For such a memorable moment you need a memorable ring! Creating a customized engagement ring may be just the thing you need to make this special night continue on. http://bit.ly/2NzxRzw

BECOME AN INSIDER AND

*Your privacy is very important to us. Your information is 100% secure with us.*Cannot be combined with another offer